The Jupiter Sun - Saves The Planet

AUDIBLE BOOKS can be FREE when you setup a new 30-Day Free Trial with Audible  -  Keep the books you downloaded during the 30-Day Trial - You'll be glad you did.
HELP SAVE THE PLANET
TELL EVERYONE YOU KNOW
PRINT AND KINDLE VERSIONS HERE
NEW BUNDLE ON AMAZON - TWO BOOKS - THE SCIENCE and THE SCIENCE FICTION 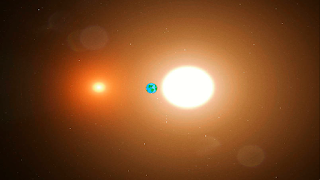 The Jupiter Sun is the latest book by the author of My Cosmic Brain published a few short months ago.
In that time period, the author has managed to complete another great Science Fiction Book - The Book To End All Books which is science fiction and inspired him to attempt to produce the events in the Science Fiction Thriller - something never achieved before in human history.
This attempt is akin to George Lucas trying to produce real functioning Jedi Light Sabers and Faster than light - Space Ships.
JOIN THE GREATEST ACHIEVEMENT IN HUMAN HISTORY
We humans are threatened by EXTINCTION as never before.  It's been close several times in the past Evolution of Life on the Earth - BUT THIS ONE seems like we may already be going over the cliff.
IT'S TIME TO DO SOMETHING
CALL ON ALL POLITICAL, RELIGIOUS, SOCIAL INFLUENCERS TO CALL FOR THE CREATION OF A 2nd SUN IN THE SKY BY USING our Nuclear Fusion Reactor Technology to IGNITE JUPITER INTO THE 2nd Sun in the Sky.
WHY?  HOW?  WHEN?
LEARN MORE NOW
The Predecessor Book - The Book To End All Books is the science fiction novel that I wrote previous to The Jupiter Sun - because I learned that the event that I had made up for my novel could actually happen if we started to plan it now.
In my previous fictional account of this event, the final ignition of Jupiter into a 2nd sun doesn't take place until 3002 A.D. because I thought originally that it should take at least a thousand years for humans to get used to the idea of having two suns in the sky.
HOWEVER, after writing the fictional account of what I am calling the 'Jupiter Ignition Project' - I mean almost immediately - I realized that we DON'T HAVE 1,000 YEARS at the rate that we're killing off all life on the planet including purging the atmosphere of all of our life-giving OXYGEN - and so in this book - The Jupiter Project - The Greatest Achievement in Human History - I am attempting to SPEED THINGS UP A BIT and so with YOUR HELP - IT COULD HAPPEN
GET INVOLVED
LISTEN TO MY ARGUMENTS AND THEN DECIDE!
The greatest achievement of human history could become our greatest tragedy. With the world facing a possible imminent climate shift and escalating conflicts, what would be the planet's greatest tragedy should we fail to take action?  The answer:  YOU will die and so do all your children and their potential children after them.  It's called EXTINCTION.
Where do we go from here? The book explores the answers to that question in detail.  It covers the science, probe technology, economics and psychology of what we can and must do to save the planet and the whole human race.
at January 12, 2023

The Jupiter Sun - Saves The Planet Having a 2nd Sun in the sky is possible because Jupiter is a huge and safe Nuclear Fusion Reactor in Spac...

Author of The Green New Deal
I am the author of over 100 books about Science, Cosmology, Politics, Physics and even Science Fiction. Titles include America 2.0, Anti-Matter, Brain Drain, The God Particle Bible, The Origin of Creation, Real Elections 2020, The Global Constitution, Only You Can Help Save The Earth, The Future of Cars, Metamorphosis - #AI Cocoon, Maxtricity - the Science of Entangled Electrons, Can Electrons Learn, Autonomous Government, The 4 States of Consciousness, Born Again - The 2nd Greatest Story Ever Told, The Green New Deal, The Future of Cars, A Course In Miracles, AND my latest - The Science of Physics - Proof That God Exists. I hope to win the Nobel Prize in Physics and/or Literature. I'll take either one. I'm a pretty prolific writer about Science and Science Fiction - both my passions - and published nearly 100 books which led me to the inventions that I have made that can help save our planet before we go over the Tipping Point, just a few short years away where the Earth will start to emulate the climate on VENUS which is 900 Deg. F. and nothing can survive - also due to the Green House effect of too much CO2 in the atmosphere. Let's get moving!!! .